Here at Combe Pafford School we like to celebrate success. We hear many stories of what our ex pupils have gone on to do when they have left school and we thought it would be great to share some of their success. 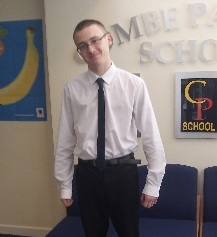 Charlie was one of the youngest pupils to start at Combe  Pafford  School at just over 6 years old!  He progressed steadily  through  school until year 10, when through hard work and  persistence he  was moved on to do GCSE Courses. During Key  Stage 4 Charlie  continued to make great progress in his  academic studies and  completed a successful work experience  placement at Tesco’s in  Babbacombe. This opportunity gave  Charlie a taste for the world  of work and he was adamant that  he did not want to go to  College to undertake a vocational  course. Although he wanted to  work Charlie needed to add to  his qualifications to put himself in  a better position to find employment and so he started on the  PEPP course at Paignton Community College.
During the year Charlie gained further qualifications at Level 1  including Functional Skills Maths. As part of the course he started  a Work Experience trial for 4 weeks at Shiphay Spar and Post  Office, which was extended to 2 days a week due to his good work ethic and attitude. Charlie continued with his placement during the school holidays and was steadily becoming part of the Spar team. As his year at PCC ended Charlie considered his options and decided to return to Combe Pafford to join the new Sixth Form with its core aim of getting into work.
It soon became clear that Charlie, as well as working hard in his academic studies, was able to demonstrate all of the work based skills and qualities that employers desire (punctuality, strong work ethic, honesty, politeness etc). Indeed, he was so reliable that he was asked to do two paper rounds at the Spar!  By January Charlie had passed his Functional Skills English at Level 1, opening the door to the world of apprenticeships.  At the same time, Charlie’s superb attitude led to Chris, his Manager, approaching the school about taking Charlie on as a retail apprentice.  Spar linked up with Petroc College and an Intermediate Apprenticeship in Retail Operations was arranged.
Charlie is now working (and earning!) and studying towards a Level 2 NVQ in Retail. He continues to do two paper rounds each morning and has to do occasional overtime! We still keep in contact with Charlie and we will be looking forward to seeing him at the InterRailing residential in the summer! 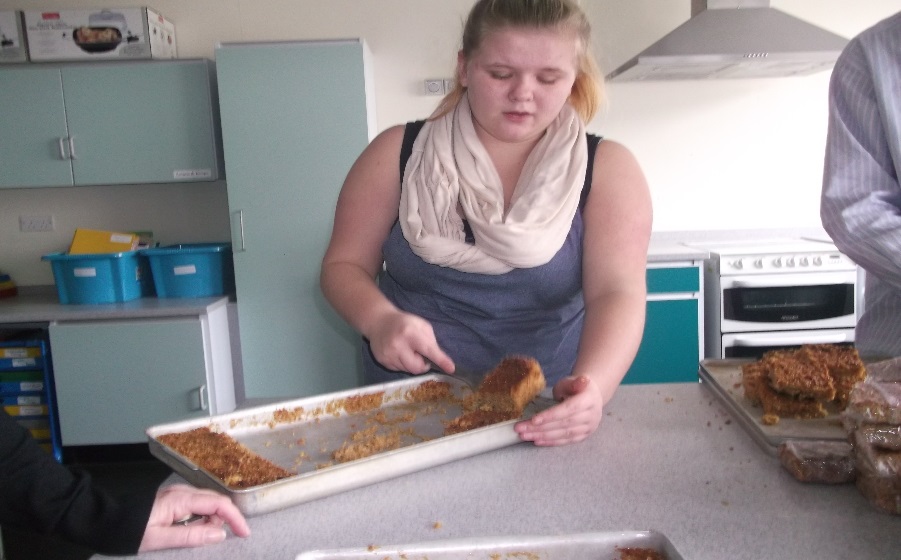 Chloe started her Education at Watcombe Primary School from age 5 -11 years before moving onto Westlands School from 11-16 years where she started studying her GCSE Courses. During her final academic year at Westlands Chloe started work experience at the NHS working with adults with learning disabilities. Chloe enjoyed her work placement there very much and it soon became clear that she had a talent for this work area.
Chloe joined Combe Pafford School from Westlands in year 12 and began a course that would, later in the year, enable her to take up an apprenticeship with the NHS. Chloe’s week consisted of two days in school studying for, amongst other subjects, Level 1 Functional Skills in Maths and English, two days at her NHS placement and one day completing a customer service course.
Chloe’s success at Combe Pafford has been extraordinary. She had passed her Functional Skills English at Level 1 by January and was taken on by the NHS as an apprentice in April. She has completed projects that have raised money for the Sixth Form including introducing a ‘Happy Healthy Meal’ for lunch during enterprise week. She’s also successfully completed a coffee course with Costa as part of her customer service qualification.
Since being employed full time in April as an apprentice, Chloe has continued to excel. She’s a very valuable member of the NHS team within which she works, she’s earning a good wage and should, by the end of this year, have also passed her Level 1 Maths.
Chloe continues to visit us on Tuesdays for Maths tuition and will be coming away with us on our three cities InterRail trip in July.

Combe Pafford Sixth Form until Easter 16-17 years
If you would like to share your success story please contact our school careers adviser.  We would love to hear from you!
Caroline Milner (01803) 327902
cmilner@combepafford.torbay.sch.uk

For other success stories and more photos of Charlie and Chloe please click on the attachments below.